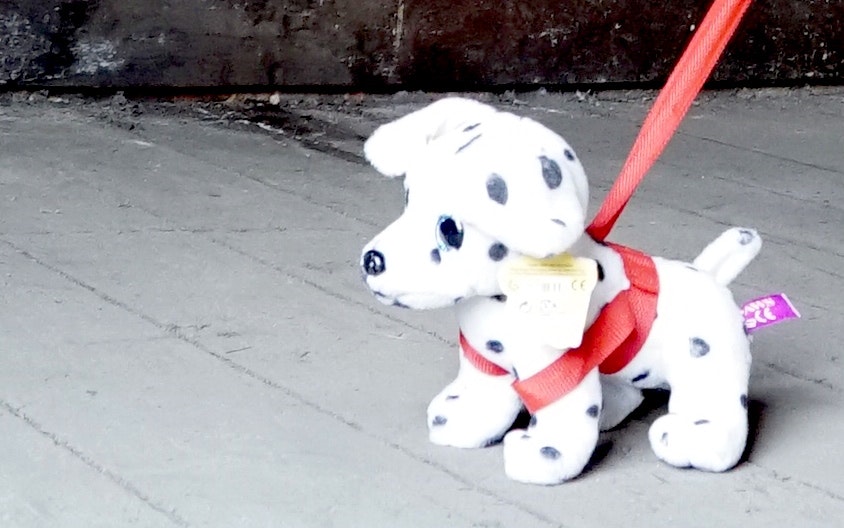 While shopping at Boyes for fabric for my extending wrinkle puppet Ulay, I came across this dog toy in the children's section. With its very basic toy shape and completely useless lead there was something of the ridiculous about it. I originally thought it might be useful for resources, perhaps pulling out the stuffing to create a more movable puppet or utilising the elements such as the harness, eyes and fur.

However in the studio during the devising process this useless movement, rubbish lead and obvious cheap toy shape became comical, providing lots of movement opportunities, character and humour. I decided to keep him exactly the same complete with oversized price label.

He became know as The Play Bitch inspired by his toy roots and the way he could be flung easily around the ring. The lack of seemingly alive movement normally desired from a puppet became the joke - basically a dead dog. 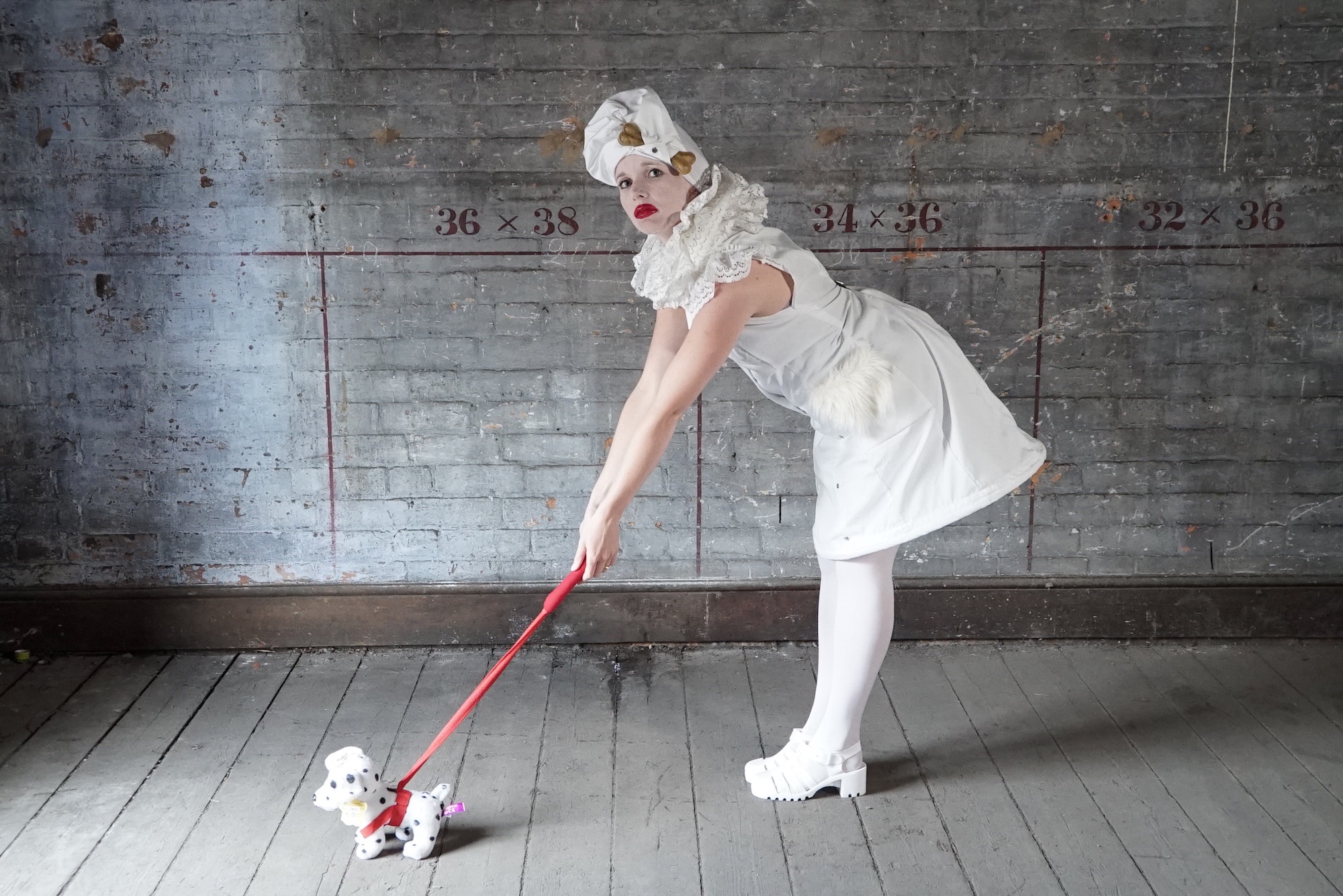