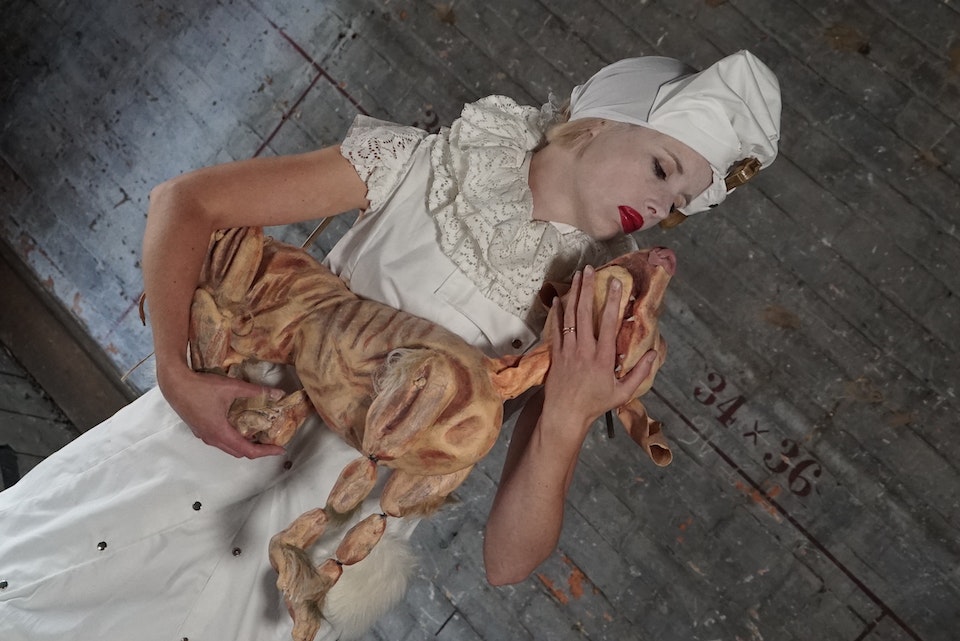 The Skinner dog puppet was the first concept conceived in the extreme dog breed series. I considered what would be the absolute limit a dog might be pushed in the name of aesthetics over health. I came up with the concept of a dog without skin. The inspiration came from pedigree cats bred without fur know as Sphynx. 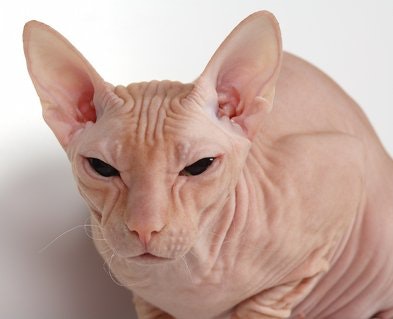 Pedigree animals often suffer serious health issues as a result of selective breeding and require specific care regimes and veterinary intervention to survive.The concept of a skinned animal means it would need to be kept constantly wet to stay alive, a ridiculous concept and one which could provide a comic element to a serious issue within the context of a puppetry performance.

The notion of a skinned dog also linked well to another issue surrounding dogs that of eating dog meat. For many particularly in the West this idea feels alien due to the lovely, cute fluffy pet associations, however it is a popular food in parts of Asia, raising controversy among animal welfare activists. In particular the Yulin dog eating festival in China.

I watched this troubling documentary: Dining on Dogs in Yulin: VICE Reports

In designing the Skinner dog puppet I gathered many images of skinned dogs ready for the meat trade, most shocking were the reports of dogs skinned alive, an extremely cruel yet seemingly common practise. 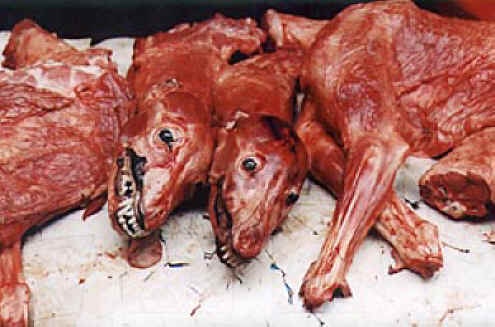 It was important that the links with dog meat were apparent, while still keeping an element of cuteness so the audience feel affection to the puppet. Also as this puppet represents a fashion accessory the grotesque nature had to be subversive rather than in yer face.

I also took inspiration from these beautifully stylised animal puppets made by Eric Hart's Prop Agenda for Triad Stage’s production of “Snow Queen”. 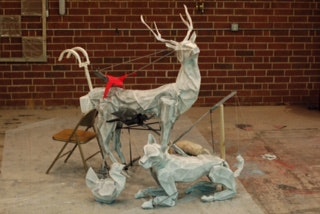 Inspiration for construction came from various dog puppet references including Royal de Luxe's Dog puppet, Oxolo, part of Sea Odyssey in Liverpool. It was fantastic to see video's of the puppets joints and movements.

I also looked at dog anatomy for proportions and jointing. 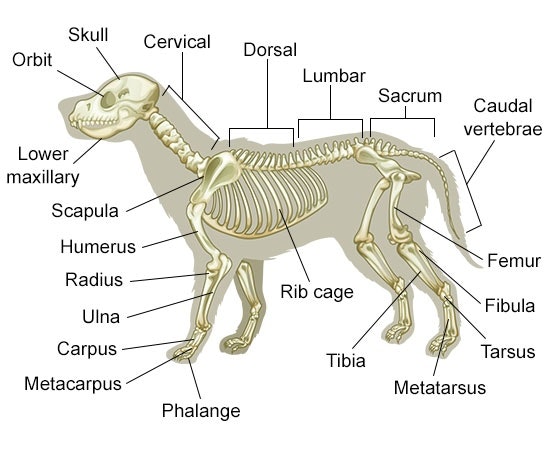 The puppet was beautifully carved and finished by the talented design assistant and puppet maker Charlotte Ball. The main body was carved with foam and the finish created with latex and paint. The nose was constructed from leather and the teeth from fake nails. 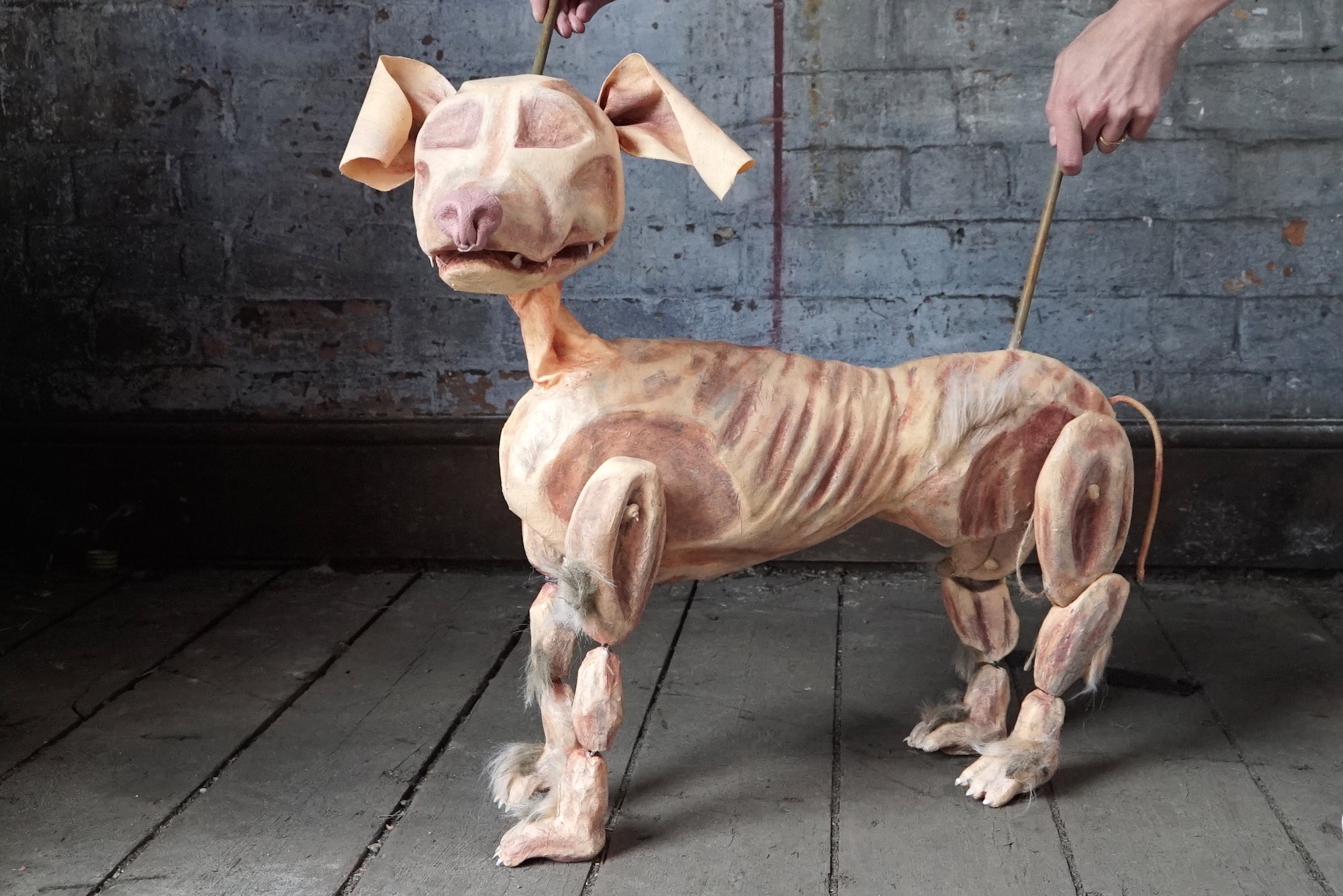