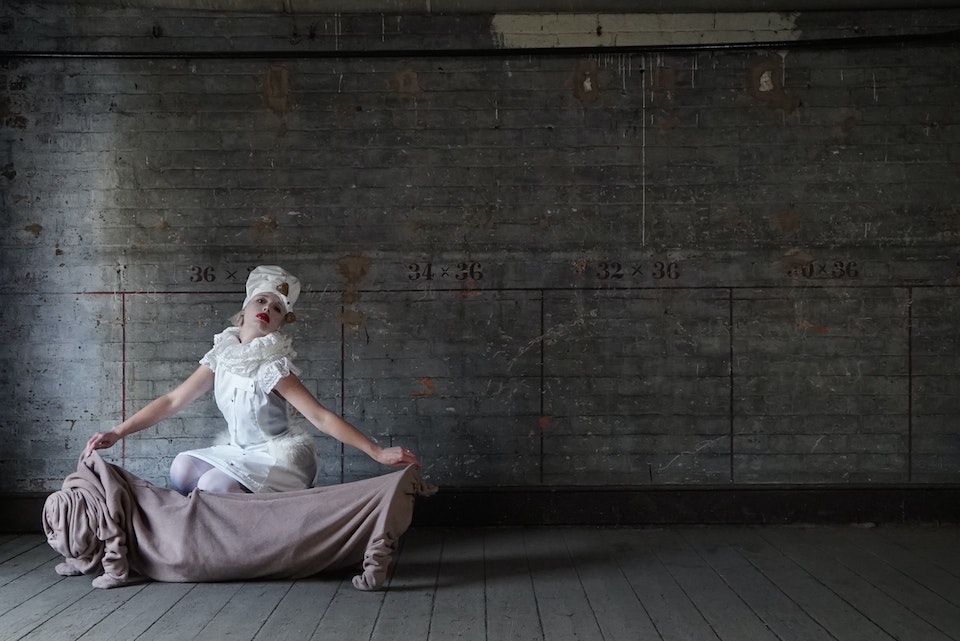 In preparation for the scratch performance of Pupi Part II at Scratch That Itch, Derby Theatre on Sunday 26th as part of the DEparture Lounge weekend, I undertook a photo shoot. This was an opportunity to pull the final pieces of costume together, show off all the puppets and work on the character of the puppeteer.

The photo shoot took place at the Pit Studio in Nottingham, a fantastic semi derelict loft space above the Pit & Pendulum pub. This gritty space provided a highly textured and edgy looking backdrop, which emphasised the fashion theme with dark undertones.

The costume is inspired by Alexander McQueen's final Autumn winter collection 2009, and catwalk show, The Horn Of Plenty. This collection explored issues around waste both in respect global rubbish/landfill but also waste and extravagance within the fashion industry itself. He reworked and recycled many items from previous collections and took inspiration from materials and textures associated with rubbish. In a similar vein I reworked a science lab-coat into the puppeteer's dress to hint at the genetic links in my piece. McQueen also has a habit of highly stylising his models so they become unrecognisable with heavy make-up and covered heads. This anonymity fitted well with the role of a puppeteer and I also liked how the grotesque lips played with ideas of beauty and hinted at the image of a clown. 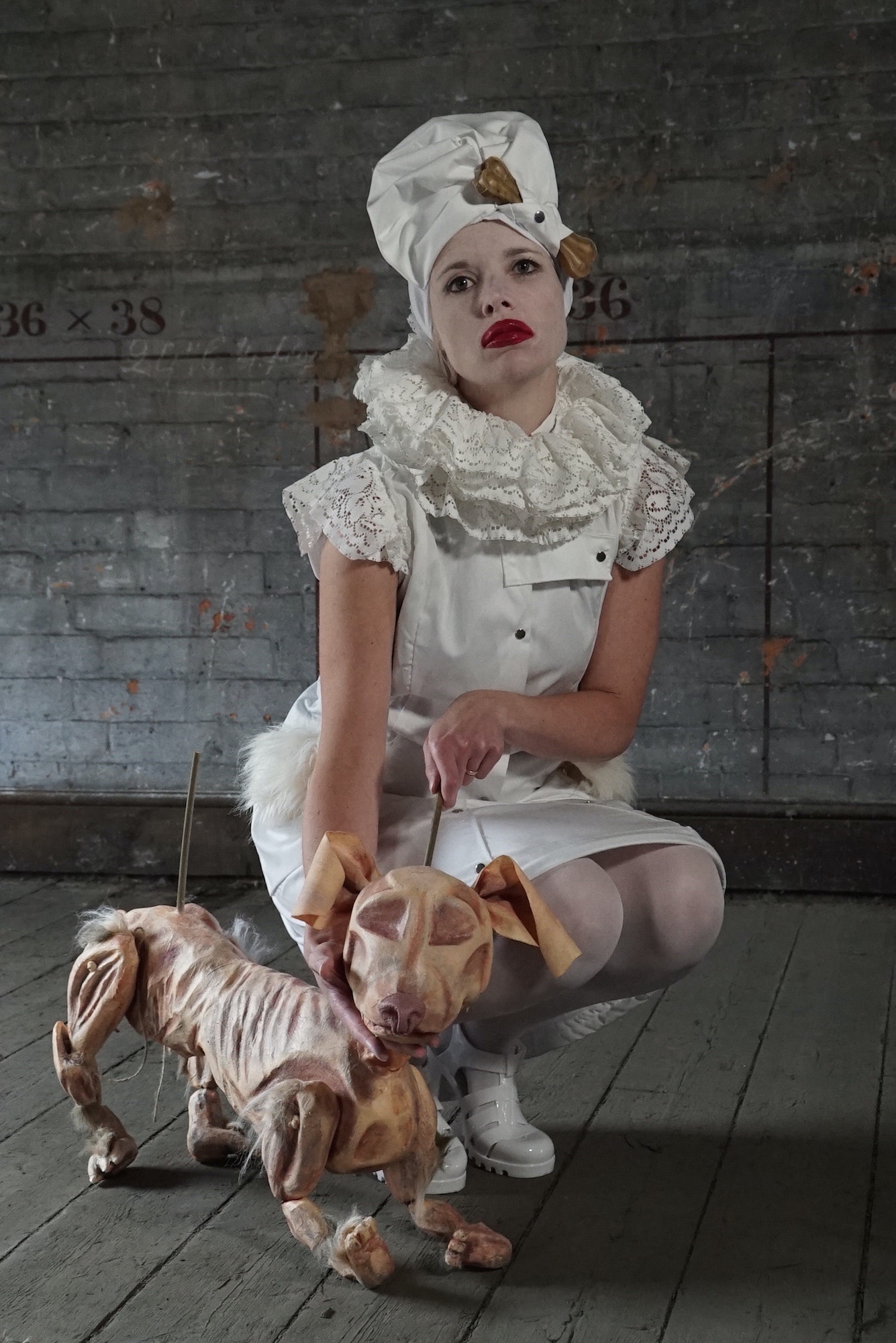 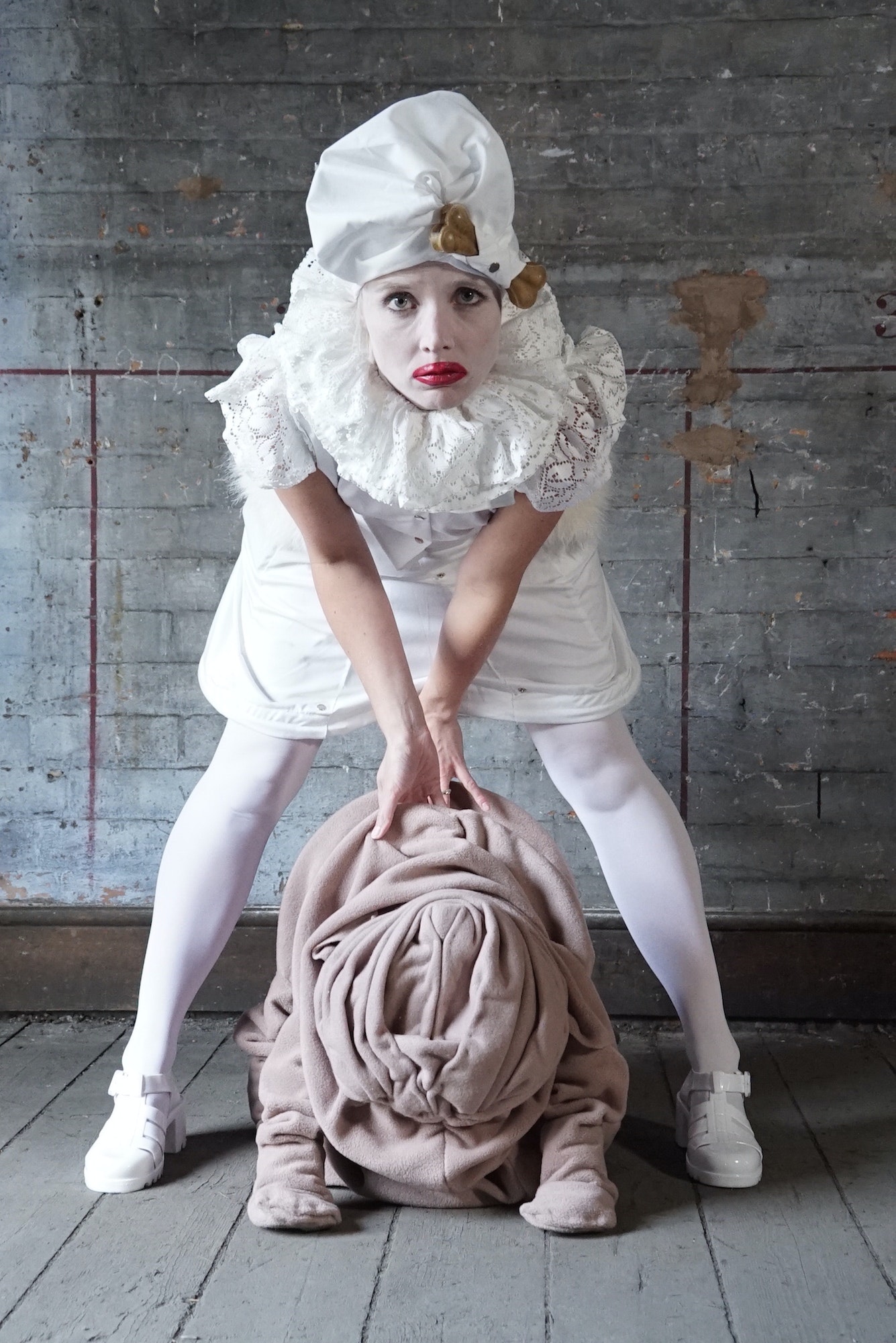 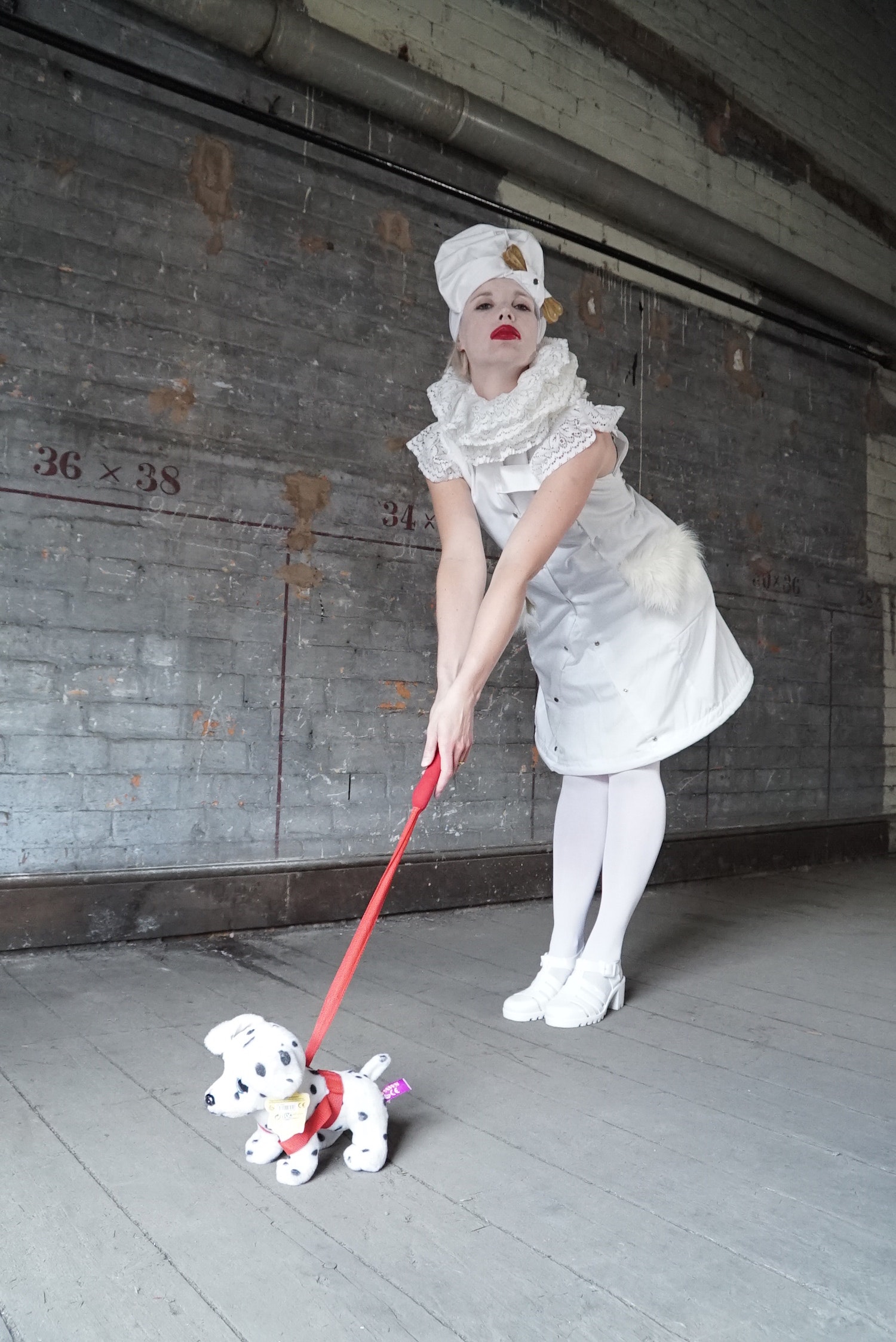