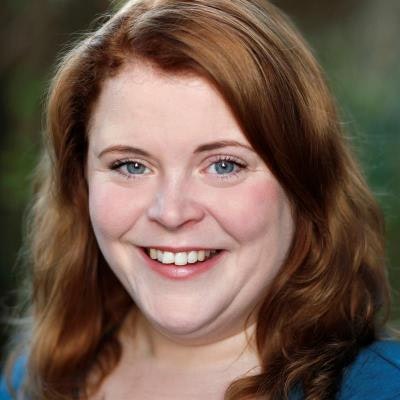 Interview with Actress and Playwright Laura Linsey about the play ‘Waiting for Godot’ and her experience of using this as inspiration for her own play ‘Waiting For Light’.

Rational: Why choose ‘Waiting for Godot?’

Me: Having just completed the research-based project ‘Pupi’ about the issue of stray dogs in Sicily, I was now looking for a way to develop my own concept and script. The main themes that seemed to present themselves were about the discarded in society; animals, people and things. I wanted something that was more universal than a single issue in a single place and wanted to consider how I could use the valuable research gathered but expand the scope to appeal to a wider audience both here and abroad. The text waiting for Godot sprung to mind because of its universality and the ‘discarded’ characters featured. I started to consider how these characters might be altered to include perhaps a simple man and his dog – an image often associated with homelessness particularly in this country but that spoke of the wider issue of displacement, abuse, asylum, responsibility of authorities etc. I also wanted to totally transform the setting, inspired by its already abstract nature and build a totally imaginary world but one which anyone could relate to. Potentially controversially I wanted to develop this as a piece of adult puppet theatre.

Me: I first encountered the work of Laura at a Scratch night at Derby Theatre in March, where she presented and performed a shared reading of a small 10 minute section of her new play ‘Waiting For Light’ inspired by the text ‘Waiting for Godot’.

As a designer more familiar with contemporary devised theatre and less familiar with working with, let a long adapting traditional texts the challenge before me seemed immensely challenging. I therefore thought it would be a good idea to contact Laura and find out more about her experience of working with this text. What she felt were the key themes? The challenges? The issues? The research required? Her opinions on characters? Audience reaction? Etc.

Below is the documentation from our conversation. I made written notes on what Laura said and have tried to capture these as accurately as possible below though some paraphrasing is inevitable and some moments lost forever to the live conversation.

Laura: I used the play as a starting point rather than creating an adaption. Thematically there are similarities but my subject matter is different.

I chose the text because first of all I really like the play. I was interested in the way it is about the forgotten people and yet doesn’t necessarily appeal to those people in society. It is a play that in many ways is very un-accessible. It is renowned in the hoi-paloi of the theatre world for being difficult to access and therefore only for the high end and academic people of the theatre world. It is considered very highbrow. This pulls away from the universality of it. I decided I wanted to embrace the same themes but make it accessible.

As a trained actress I was an unknown writer and an unknown company but when I presented my first show it was fantastic to realize that it was accessible and engaging. Interestingly at Edinburgh it pulled in a much more varied crowd. I wanted to present and tell ordinary stories that are not so high minded.

I think there is always a risk that as theatre makes we end up making work just for each other.

There are a lot of pretense, expectations around the text and rules from the Beckett Estate on how the text can be staged. I didn’t wan tto be so tightly bound to this. For example Women are banned from performing this text which is ridiculous and this spired me on to write my own female version.

There have been lots of instances where plays have been banned or shunned because they changed it too much or tried to use women.

I was interested in the concept of what do we do when there is nothing to do but talk. This is more pressing in current society with social media, mobile phones etc. Our awareness and concentration is always split. Full human connections are not now as easy.

I was also interested in the issue of homelessness and decided to layer this on top. In the original play this is not dealt with as an issue even though the characters are referred to as such. I wanted to incorporate that more into mine.

A: How did you go about your research?

I read the play a few times.

I read analyses of the text to get an understanding of what critics and academics were pulling out of it. I developed my own scenario that of two women and missing the last train. This is something I hope we can all relate to, it is a familiar setting.

The research of the script became an influence in the subconscious I was not adapting it.

I never connect to Posso and Lucky as much so there are only 3 characters in mine not 4. Its more about 2 people.

It sounds like you are considering combining two extremes with yours – experimental and established theatre.

The ‘Godot’ script has remained largely unchallenged and its good to challenge. I hate the way it is undisputed as a masterpiece and too precious to change.

It’s so prescriptive. Any changes wont be authorized by the Beckette estate. There was an interesting case in France when the play was shown with women because they had been cast as understudies and their were no rules about this – the lead actors went off mysteriously sick on opening night. However I’m not sure what that actually achieved.

I wanted mine to represent women but where they could not be women. Too often theatre exploring women is just about women issues – women living in a mans world and their relationship with men. . I didn’t want this to be a feminist statement but I wanted women featured exploring a bigger issue a bigger subject and you don’t get any bigger than ‘The Meaning of life’

I wanted a naturalistic setting – to move away from the active link of the play. I originally billed mine as a modern version but now I feel it has moved away and this brings with it too many preconceptions. Mine stands alone as a new piece of writing.

By not drawing on the absolute parallels between issues and the narrative of the play it makes me as an audience work far harder. It becomes more profound because I have had to reflect on it myself – not seeing it reflected on someone else.

In this I am going a bit against that concept because my aim is to make it really accessible. There is universality of experience which you immediately connect to.

I found it challenging to balance the naturalistic and the absurdity. There have been post show debates on whether you can or cant do both – I don’t like rules like this – I can and I did.

You just have to be true to your intentions. People will receive it as they receive it.

In researching the homeless aspect I contacted Crisis Charity, which works on a National level campaigning and lobbying government and providing information and support. They believe in working with people though education and the arts. They believe in the power of theatre and art to heal and help so this seemed relevant. I visited education centers and conducted interviews. They pointed me towards relevant people which related to my characters. Many of these were very informal and there was a fantastic range. It was enlightening to realize the scale and different degrees of the problem. We tend to think of street homelessness but actually this is just the extreme end.

Crisis call the people they work with members rather than clients – many remain linked to the organization. There is a policy of involving these members to I had the opportunity to present a sharing to them. I was concerned about this as didn’t want to come across as patronizing but actually it was very well received. I think as long as your intentions are well placed, that you have done you research and go into it with a curious mind, a generosity and respect for their position then there are relatively few problems.

In fact when one guy who had been living in a beach hut for two years approached me after and asked if I myself had ever been homeless, I replied no but then went on to describe how I had once not had a house but that I had never considered myself homeless because I had a network of family and friends to support. Instead to seeing the gap between us in experience he instead made the link saying we are the same – imagine if you hadn’t had that network, it could have worked out differently.

Having undertaken so much research I cae to the point where I felt I was well research but then it was about striking a balance. I didn’t wan tto give a lecture or make a documentary.

Theatre provides a unique experience that we need now more than ever.