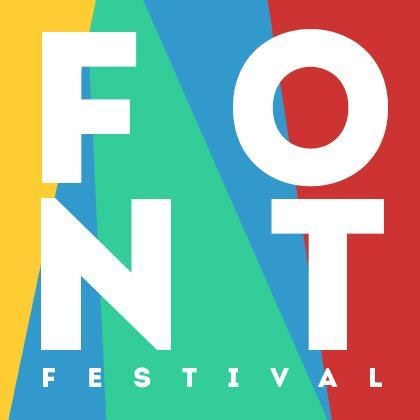 'It is your chance to see work made by artists in Nottingham performed in the city in a range of small venues in Hockley'. From premieres of new short plays to devised theatre to performance art it's designed to allow Nottingham's theatre-makers a space in their city to show their wares and at an affordable price for local audiences.' FONT blog

I attended the festival for 2 out of the 4 days to see specific performances by specific performers but also explore what else this new event had to offer. It was inspiring to see a new festival developing and making use of some of the smaller, quirky venues popping up in Nottingham's creative quarter. Taking place predominantly on Broadstreet there was also a cool social vibe with many local artists coming down to share and chat as well as engage and view. The range of work was also interesting including well developed shows such as the Gramophones and brand new pieces created specifically for the festival. All were presented by innovative and alternative performance makers currently working in the city. This was an opportunity to unite an often disparate group of artists and share our practise.

The Gramophones: End to End
This is one of the companies early shows which has toured extensively over the last few years. Having seen one of its very early reincarnations it was nice to see some years later how the piece has developed and yet still being shown in an intimate local venue. The piece was inspired by a real journey the company made from Landsend to Jonagrots. They set themselves key rules including a strict budget, an aim to travel on as many forms of transport; anything from train to tractor, hand glider to scooter and to interact with many local people, building a relationship and developing these through postcard exchanges.
The theatre show was devised using these real stories of adventures. Presented dramatically through a performative style ranging from acting out actions to reading from the performers personal diaries made during their journey. The piece included the rendition of funny stories, descriptions of interesting characters and sharing of personal feelings.
At moments the audience were encouraged to share physically in this journey, wrapping themselves in a blanket and meeting those sat near by.
This was a an honest moving and also funny piece. It took as the audience on a journey too through the performers experience. The setting was simple with a deliberate use of key prop signifier such as a practical Mac jacket and used in clever ways such as opened up to create wing like motion.

I had also seen this company the previous week doing their new show Wanderlust at Nottingham Play House. This was a similarly devised piece based on real experiences and people met by the company during a period of research interviewing local people. It explored the concept of sharing stories - something meaningful, memorable or life changing. Again this was a personal piece sharing intimate stories and thoughts from people we got to know through the performance and the performers themselves.
The set for this show was a key part of the concept, featuring many jars and containers each containing a story collected and perhaps an object representing that story. They signified the documentary process and ideas around memory and history. They were used by the performers as part of the action but also the audience were invited at the end of the show to explore these themselves because not all could be included in a performative way and yet they were important to the process and journey. There were also some passed round with triggering smells, linking to our memories, stories and sensory links.

Performance Poetry by Dan Hoffmann Gill @Rough Trade
A powerful piece about identity, heritage, background and upbringing. Through the mode of performance poetry Dan explored and shared his experience of growing up in St Anne's in Nottingham, an area synonymous with gang culture, council housing and depravation. He discussed his own adolescent relationship and powerful sense of defensiveness of this area and the unification of the community which develops as a result. His relationship with friends and triggers for moving on. He went on to explore how his sense of identity; being from the midlands and a working class background was in fact heightened by moving to London. His accent became stronger rather than more mellow, he became defensive and proud of this background that made him standout and stand up for this heritage. He spoke passionately about Nottingham as his city, it's struggles, and challenges and yet strong personal ties and hopes for the future.

Lewys Holt : Of, or at a fairly low temperature.
Lewys is a freelance dance artist and this was a new solo piece currently in development. Interestingly his work combines performance both scripted and improvised, he uses movement and dance but also the spoken word. It is hard to define as contemporary devised theatre or dance, it is truly a high bred of the two.
The piece cleverly explored what it means to be 'cool'. what do we perceive as cool and yet what is cool is often totally ridiculous. The text is direct to the audience and quite poetic, some is scripted and read from a phone while other extracts feel more natural. Key words are emphasised by movement adding to the ridiculous. His easy manner is warming and inviting towards an audience, this feels like a personal account and yet also with a feeling of stand up comedy, poking fun at the every day event and the everyday public characters. This piece was fun, entertaining, interestingly presented and a perceptive comment of people and culture. I look forward to seeing this show fully developed and without the phone auto Que which should free up the performance.

Olwen is a performer and theatre maker I have had the pleasure to work with and I have always enjoyed her solo work so was keen to see this newly devised work. The piece took place in the performers car. We were asked to read a disclaimer before entering already establishing a sense of anticipation. She took a single audience member on a short 20minute journey around the city. This was a 1:1 performance taking place only 6 times over the course of one afternoon.
There was limited direct interaction and speech between the performer and audience member instead much of this took place through a pre-recorded soundtrack and narrative played through an MP3 player and personal headphones. It started by establishing a fun 'road trip' excitement, asking questions about the interior of the car and where we might be going. A drink was offered to add to the welcoming atmosphere.
The piece moves towards a questioning of that settled and happy feeling, questioning how comfortable one actually feels. Interestingly it also bring up the issue of what we consent to in the name of art and theatre. We would never normally get in a car with a stranger, leading to an unknown destination so why is it suddenly okay as a theatre piece? Proximity became important, the closeness of audience and performer. The actual and real danger of driving around a busy city and a potentially distracted performer, driving and performing at once. This sense of danger came to a height when the car was pulled in front of a semi derelict building as the text on the headphones questions us. Unplanned a youth began banging on the wall and climbing the fence. This was genuine fear for both performer and audience, a genuine and real shared experience encountered through this form of creative theatre.

After the performance I asked Olwen a bit more about the piece and her intentions
'The car piece was called 'The Passenger'. I chose that as i wanted focus on the audiences role in the performance. Although early drafts included a third person in the car but I didn't do that this time round.

The journey:
I wanted to experiment with trust. First trust of the audience in me (with very little reason) second my trust in the audience. It is a very intimate performance in a domestic setting, one I thought was a little unusual. Its intimate because of physical proximity but also situation. Both of us are contracted into finishing the exchange because we can't physically get out of it. Moving also presents real danger for us both. This is not simulated it is a real day to day danger. The moving of locations allowed the text to have appropriate backdrops adding to the experience. The physical journey added to the performance text & was structure to the abstract nature of the voiceover.

The drink offering/ active props:
I wanted the audience to be present, to be active and in some moments to be implicated. The offering of a drink was to build trust mostly (to then be subverted when the question of if they should have taken the drink is rased). All of the active moments reminded audience members to be present. It was to make them part of the story but also to make them feel they were writing the story to some extent (as they had choices). Also it allowed some fun things to happen, such as the bubbles out of the window.'