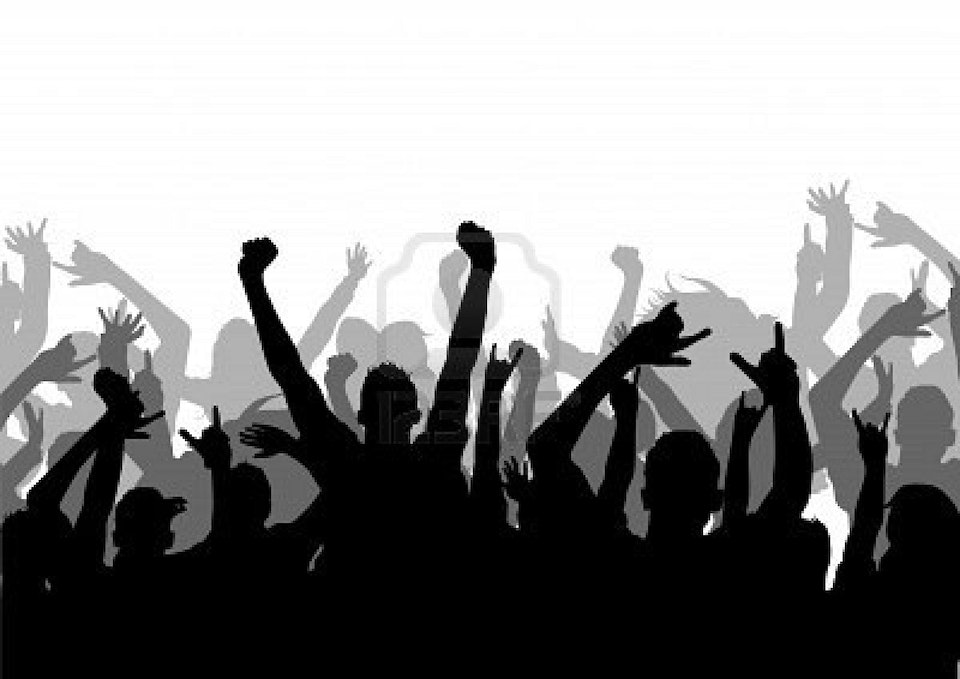 In researching ideas around the notion of active audiences for my critical paper, I asked a number of contemporary theatre makers for their opinions.

Interview 1: Rosy Garton
Very briefly who are you what do you do?
Co-Artistic Director of Zoo Indigo, an Anglo-German contemporary performance company based in Nottingham.

Practically in what ways do you use audience interaction in your work and/or develop an active audience/performer relationship?
Particularly in 'Under the Covers', the audience plays an essential role in the performance - they babysit live video links to our sleeping children, without them there would not be a piece. We introduce the rules at the beginning of the work and maintain a certain level of direct address throughout so that when they are to perform certain roles in the work, there is a relationship already set up - enabling a more fluid interaction.

Why is interaction important in your work?
The majority of our work deals with direct address to the audience, we talk as ourselves and rarely embrace 'characters' (unless with irony). It's about breaking down the performance wall and creating a sense of shared experience with the audience.

What do you think it offers to an audience?
A deeper level of engagement with something 'real' that is being presented. Hopefully it encourages a living audience, rather than a passive one. One that can consider their own actions when they leave the space, and not just those of the performers. There is something about the humanity of touch and physical exchange that is dwindling in the world of growing internet communications systems that we can re-engage with in interactive theatre.

Why do you think there are an increasing number of companies changing and developing the audience/performer relationship?
Theatre constantly longs for challenge, change, shifts of presentation in order to excite both it's makers and it's observers. Many Live Art practices focus on the boundaries of the audience/performer relationship, to encourage the audience to ask questions, about themselves and society, this approach has crept into more traditional theatrical set ups, with the same aim. In this digital age, with 3D films and gaming interactions etc, how do we ensure the theatre experience keeps a dimensional force beyond the possibilities of the screen, that reaches out and touches its audience?

To many people the idea of audience interaction is pretty terrifying, what might you say to those people?
I agree. But that interaction does not necessarily mean getting up and dancing on stage, or being picked on in a stand-up-comic approach. An interactive audience is one that has the opportunity to respond, to be able to shift in their seats, cough, laugh without feeling restricted by rules. The best interactive work is gentle and respects its audience whilst still pushing their role as observers.

Interview 2: Suzy Gunn
Very briefly who are you what do you do?
I am Creative Producer and performer for HandMade Theatre, a company making work with and for children. I am the main contact in the organisation, carrying out day to day administrative duties as well as fundraising, tour booking, finances and performing.

Practically in what ways do you use audience interaction in your work and/or develop an active audience/performer relationship?
Audience interaction is a huge part of our work, we try and involve Children at every stage of the devising process by running workshops with the general public and schools. From these sessions we learn a lot about how Children engage with us and the elements of our work which can be developed further through play. Our work is very much practice as research and this pushes the company forward and forces us to widen our artistic vision. We vary our approach to interaction depending on the audience member, their situation and the event.

Why is interaction important in your work?
It leads us in new and exciting directions, keeps the work relevant and stops us from becoming stale in our performances.

What do you think it offers to an audience?
When working with Children and their families we find that interaction really draws the audience member in to the show and helps them to have a more fully rounded experience.

Why do you think there are an increasing number of companies changing and developing the audience/performer relationship?
Because it is an exciting relationship to play with, you never quite know what will happen next. Every interaction is different and there is definitely more which can be done.

To many people the idea of audience interaction is pretty terrifying, what might you say to those people?
I think at times it can feel terrifying but for the audience to feel relaxed and comfortable, the performer needs to be. Children are very intuitive, if they sense that you are not in to it, they will not immerse themselves, if you believe in what you are doing then they will too.

Interview 3: Olwen Davies
Very briefly who are you what do you do?
My names is Olwen Davies and I am a freelance performer and performance maker.

Practically in what ways do you use audience interaction in your work and/or develop an active audience/performer relationship?
I sometimes invite audience members to take part in 'scenes' of my work which often are guided and low risk. I have rang a larger audience on the phone until one person picks up and then had a short conversation where i ask them on a date. I have asked them to pose in the background of my work (i use cameras frequently) to play someone else in an image. I tend to give them physical things as an exchange first, such as food or drink. This also builds trust. I always ask if they would like to be involved if it is more intense, sometimes before the main event (i take pictures in one show of people who agree to be more active before they enter and this is the beginning of the show).

Why is interaction important in your work?
Often it is for practical reasons as I tend to make solo work. I strive to make work that is intelligent but also entertaining, people enjoy doing things even if its scary at first, it gives them something to remember- or then enjoy watching friends do something. I aspire to create a moment of communitas in my pieces (although i am unlikely to succeed). By the audience being active and invested it creates a level of community amongst them.

What do you think it offers to an audience?
A presence, sometimes a voice. I think it allows them the knowledge that they are included, they are special and without them the work would be less. Its also fun.

Why do you think there are an increasing number of companies changing and developing the audience/performer relationship?
I think that people recognise the importance of an audience and their role. Also Tv and film give a lot of entertainment, its also about what we have to offer that those art forms don't. So we offer experiences instead of something passive.

To many people the idea of audience interaction is pretty terrifying, what might you say to those people?
I think that it depends how its done. I'm not always the first to offer my self up in that way. I think the joy comes while doing, but more so afterwards when you tell your friends you were in it etc. There should always be a choice and hopefully people feel comfortable enough to take part. Its ok if they don't want to. If the performer is doing it for the right reasons (they have a responsibility to you) then trust it will be fun & they will look after you. Its really energising when you're interacting as an audience member.

Interview 4: David Parkin
Very briefly who are you what do you do?
Good question! I’m still finding my way. I was a member of arts organisation metro-boulot-dodo for 15 years, leaving them in 2012. As a solo artist I have created some very autobiographical work including my ‘clinical depression concept album show’ “Good Friday”, a memoir about recovering from a brain injury ‘Tea bags, Soap, Be Normal’ (which I presented readings of) and, in an urge to collaborate and do something fun, have just made a children’s musical called “The Nose That Nobody Picked”.
I write songs, play the piano, host a regular music event, and am a writer, performer and raconteur.

Practically in what ways do you use audience interaction in your work and/or develop an active audience/performer relationship?
I will talk about my autobiographical work because I think the issue of audience interaction in children’s work is largely straightforward (kids love to get involved and it is a guaranteed way of keeping their attention!).
So … my autobiographical work … in short: if you make ‘em laugh you can make ‘em cry. Connection.
My work has dealt with very awkward, complicated, misunderstood and slightly taboo topics (depression and brain injury). I have never wanted to ‘challenge societies perceptions’ or make experimental, avant-garde work (I did enough of that as a young man in MBD) but merely communicate my experiences as a human being. Depression and brain injury are profoundly extreme, fraught, and sometimes hilarious, life changing experiences. Every now and again you don’t need to ‘search’ for a voice or a topic; life just gabs you by the ankles, gives you a good shake, and demands to be written about.
So when it comes to audience participation, dealing with such heavy topics, I just want the audience to feel like they’re in safe hands, that I am human and (hopefully) that they like me! Apart from a sing-along to a song in ‘Good Friday’ the ‘audience participation’ involves nothing more than just connecting, being occasionally off-the-cuff funny and talking to the audience as a human being and, dare I say it, being earnest and heartfelt when the content requires it. Some might compare it to a stand-ups relationship with an audience (a nice, thoughtful stand-up that is … not an in-your-face sweary one. Although I do like a good swear).

Why is interaction important in your work?
As I say – it is not important in any high concept or academic way, it is important to make a connection with an audience, make them laugh and make them feel comfortable so you can take them on a (sometimes quite dark) journey.

What do you think it offers to an audience?
An experience that is honest, heartfelt, human and a million miles away from the myriad of computer screens that we deal with everyday.

Why do you think there are an increasing number of companies changing and developing the audience/performer relationship? See above. On the other hand, there are new, young companies who are using modern technology to create a unique relationship with their audience. As an old Luddite git (who has only just got an I phone), this doesn’t really interest me and I should probably never try to make work that explores this relationship (because I’d probably embarrass myself).
2 basic fundamentals: the words you choose and how you present those words to a live crowd.

To many people the idea of audience interaction is pretty terrifying, what might you say to those people?
Fuck off and watch a movie you pussy.

Any other relevant comments?
The ‘sing-along’ section of ‘Good Friday’ came towards the end of the show, as I was recovering and reclaiming my life. It involved the audience ‘do doing’ along with the ‘do do’ bit of a song about my piano (appropriately named ‘Ernest’). It was meant as a celebration of music and how it had helped me to deal with my depression. It is a song of joy and it just seemed appropriate that I ask the audience to sing along with me and share that joy.