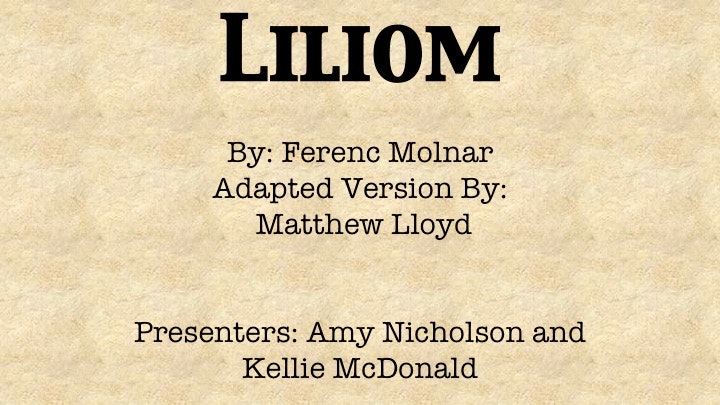 Liliom is a 1909 Hungarian play by Ferenc Moinar. The setting is split between Budapest and Heaven, reality and a possible sub-reality. Duality was therefore a key aspect of our design and staging concept from the outset. 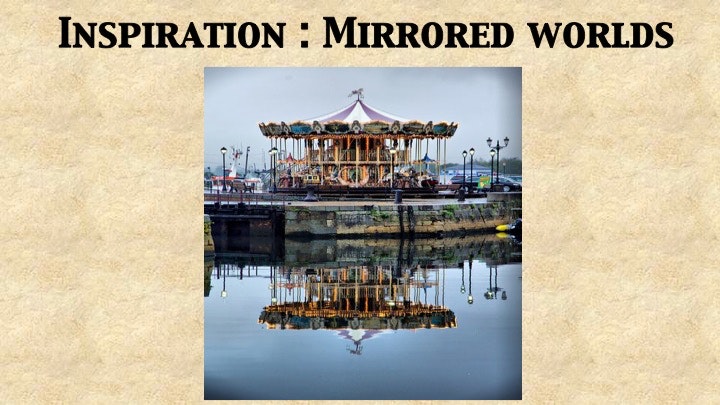 The setting of our project was of key importance. The Royal Court theatre was chosen for its flexibility, shape and industrial finish. We were inspired by the site-specific opportunities to use the auditorium as well as the stage. 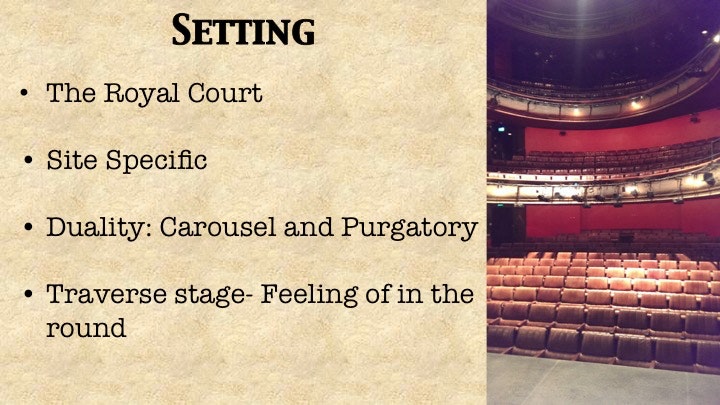 We wanted to work with the existing building features, such as the decorative balconies and ironwork inner structure. These could be exaggerated and enhanced adding paintwork and lights inspired by traditional carousels. The balconies would then be mirrored onto the stage to create a circular feel to the space. The opening sequence would particularly utilise this circular auditorium setting, giving the feel of a fairground and through lights the motion of the turning carousel. 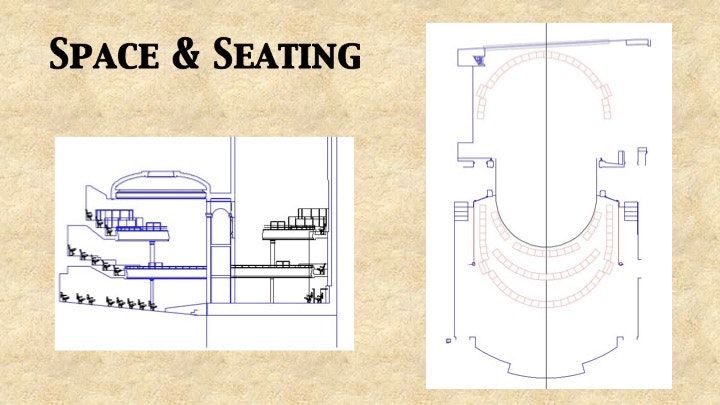 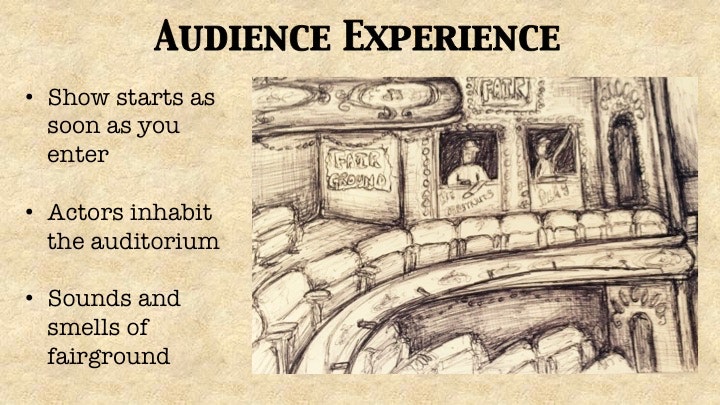 The existing auditorium would play the role of the fairground. The mirrored, on stage auditorium would play Heaven and the central area of the stage would transform easily to represent other locations on earth. This central area would feature packing boxes, which could be stacked and moved to form the different settings and staging requirements. Other key design features, which would stay constant throughout, would be the delicate metal ladders representing the railway line on earth and the stairs to heaven/purgatory. Hung centrally are a collection of gramophone bells, pulling the space together, and representing stars in heaven and the carousel organ on earth. This was a key design metaphor and focus for the character of Liliom. 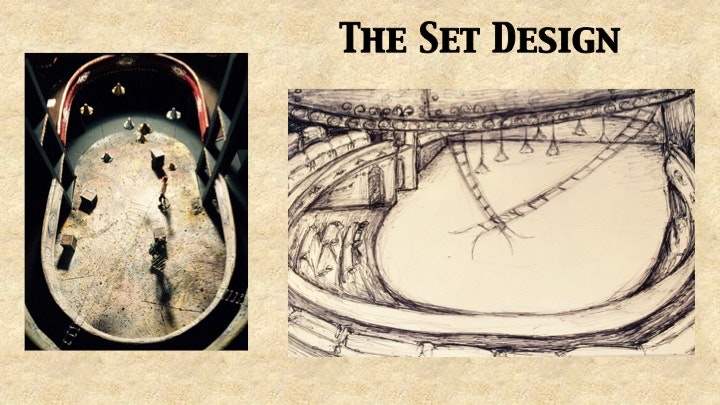 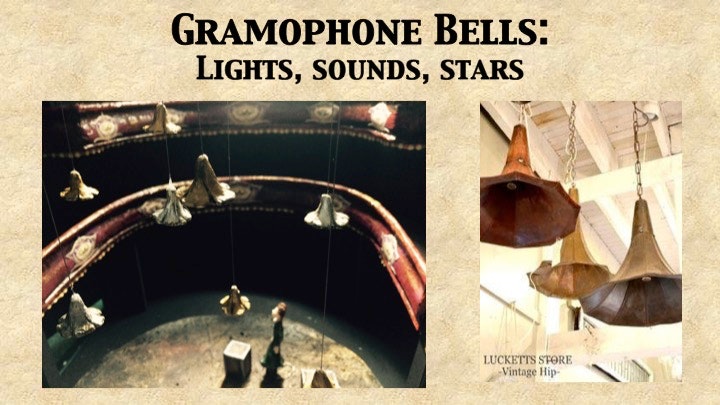 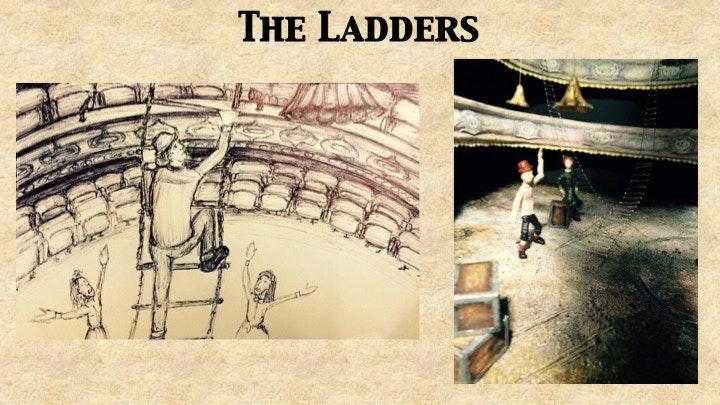 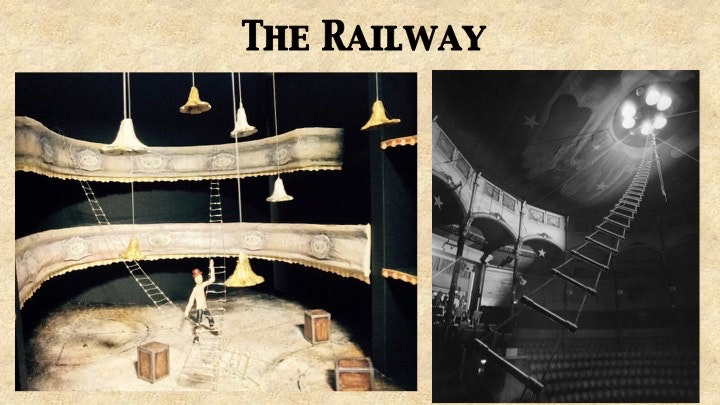 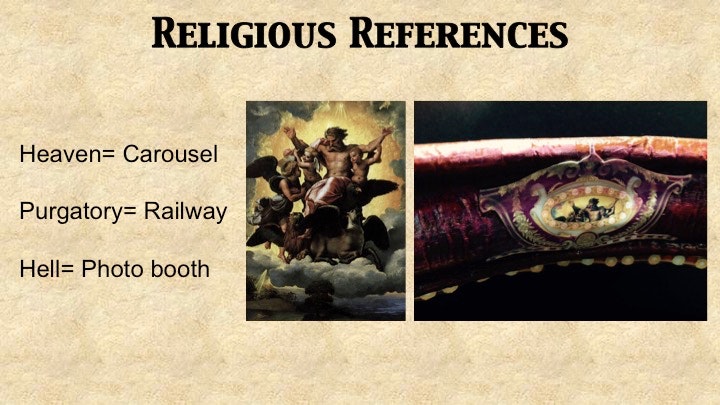 Characterisation and flexibility was important within the costume designs. Each character represented its own struggles, development and duality. Each actor needed to transform either between characters or through time. Therefore each had a basic costume, which could be enhanced with simple additions or changes such as the addition of a coat, the placement of a hat or the change in trouser length. The styles were inspired by contemporary haut couture catwalk fashion and aimed to give the play a contemporary setting while harking back to some hints of early 19th Century styles. It was important that this play could be seen as relevant to a modern audience and current through the immersive action. Yet many of the issues explored are timeless and the repetitive and continuous motion of life and death, earth and heaven are endless. 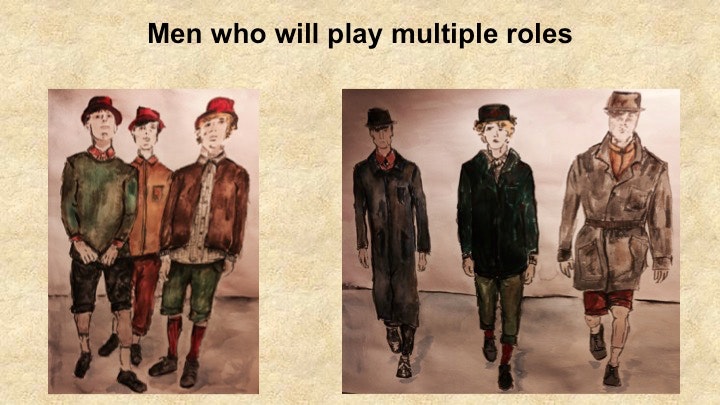 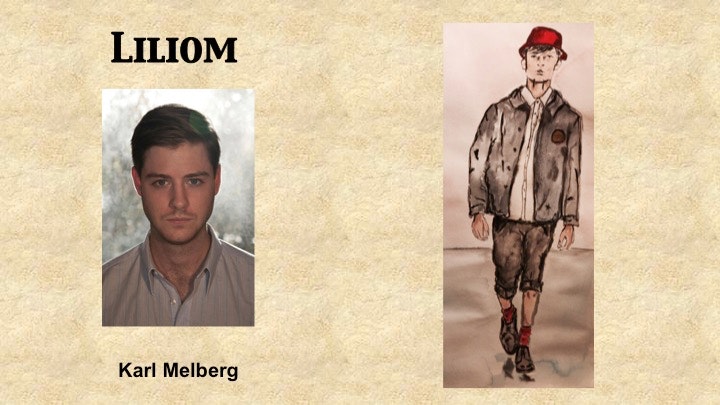 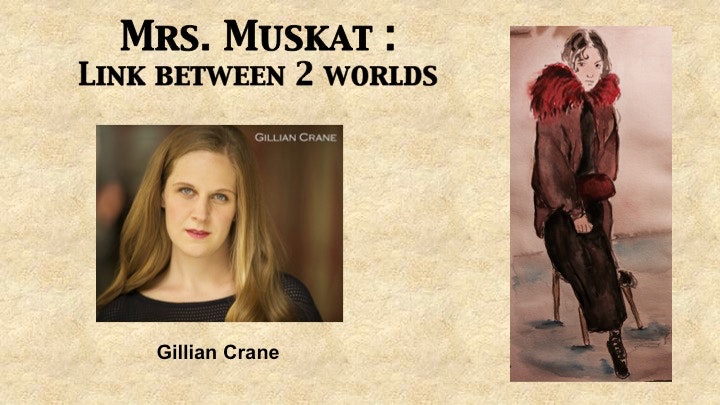 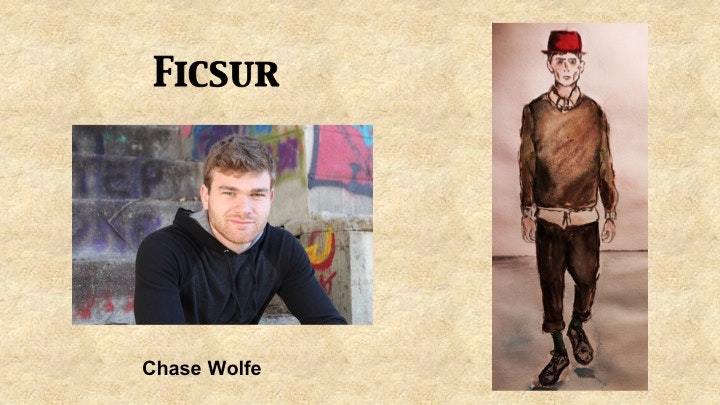 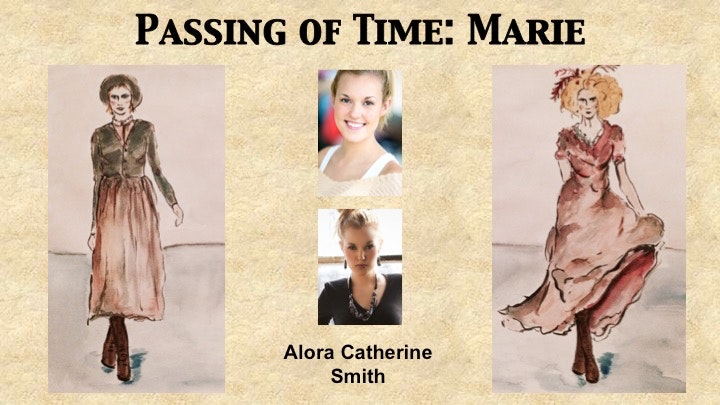 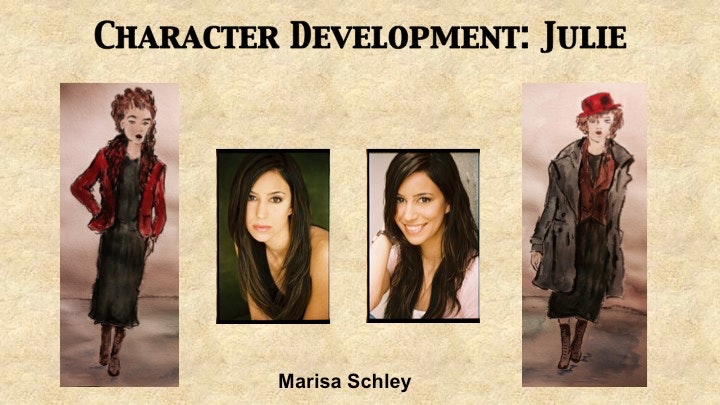 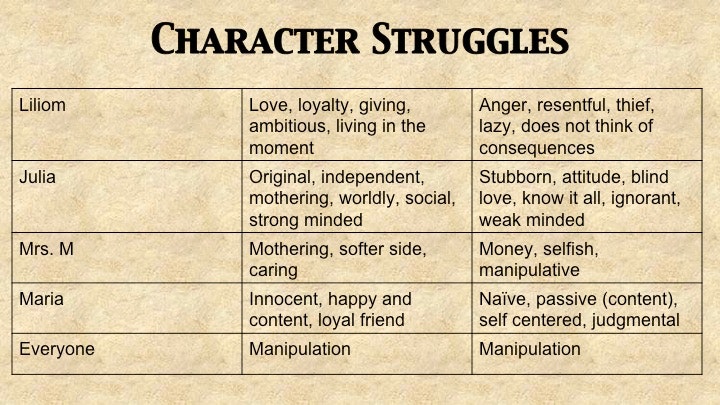 The floor is highly textured and painted with a surface that can be scrapped and changed showing the marks we all make and a constantly shifting surface. The design for this was inspired by the tracks left on fields by a mass of people, objects and vehicles after a festival or fair. Circular tracks in particular represented the carousel style rides and the circular notion of the narrative. The floor is a large expanse, seen clearly by all in the theatre, with some even encouraged to walk across to find there seats. The floor represents the notion of leaving our mark on the world and yet most will dissolve through time. 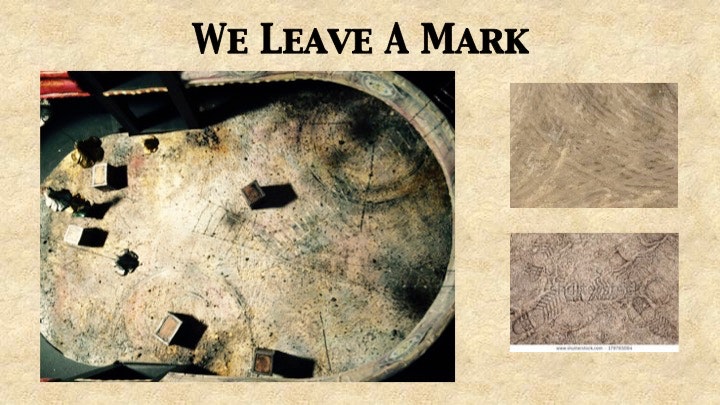 The collaborative nature of creating this concept design with a Director was a challenging process within the confines of a set script, venue and timescale. The highlight of the project was the workshops with Propeller Theatre, where we were able to test out ideas and give a sense of reality to an otherwise concept-based project. As a team we found at times, a clear vision was hard to retain and although disagreements were very limited, a true connection with each other and passion for the project was often lacking. However the overall concept was sound and I was left with the impression that this would indeed be an interesting project to undertake.