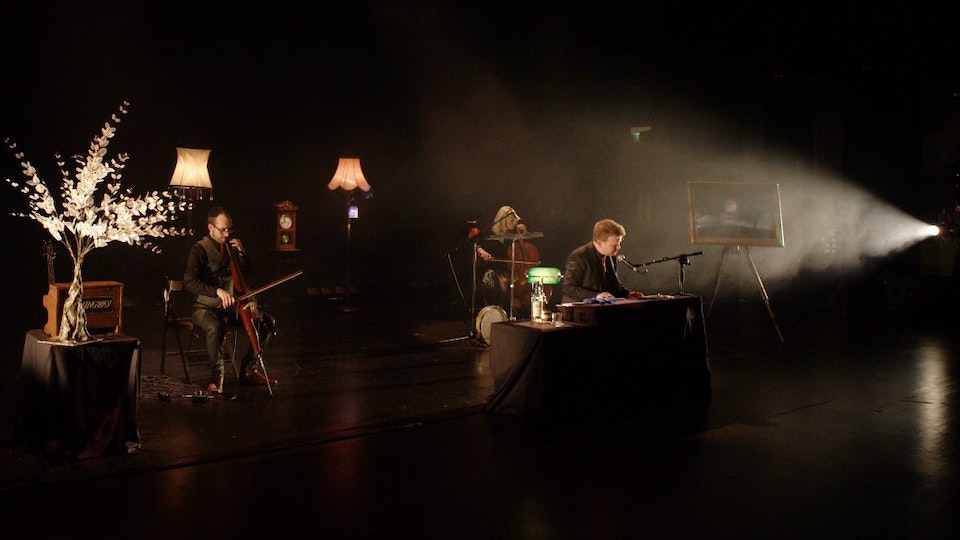 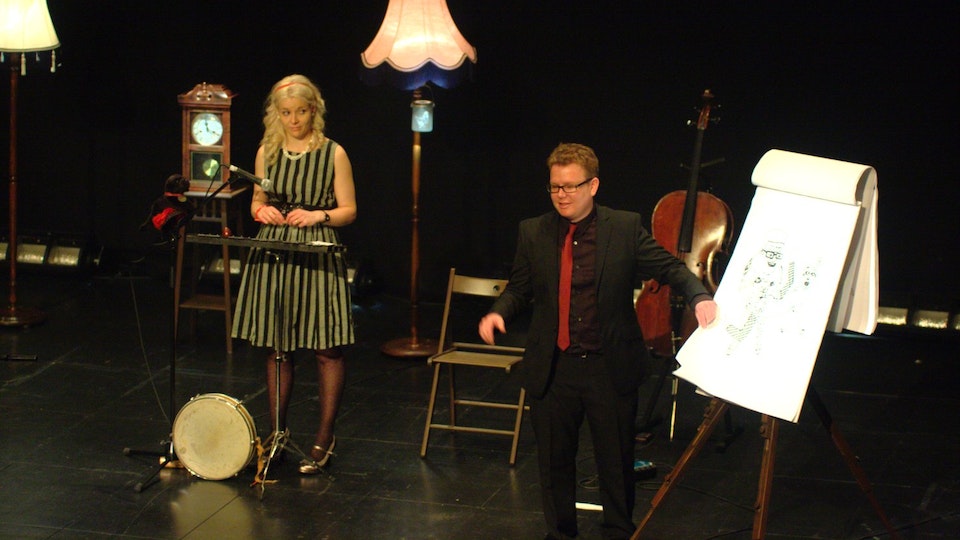 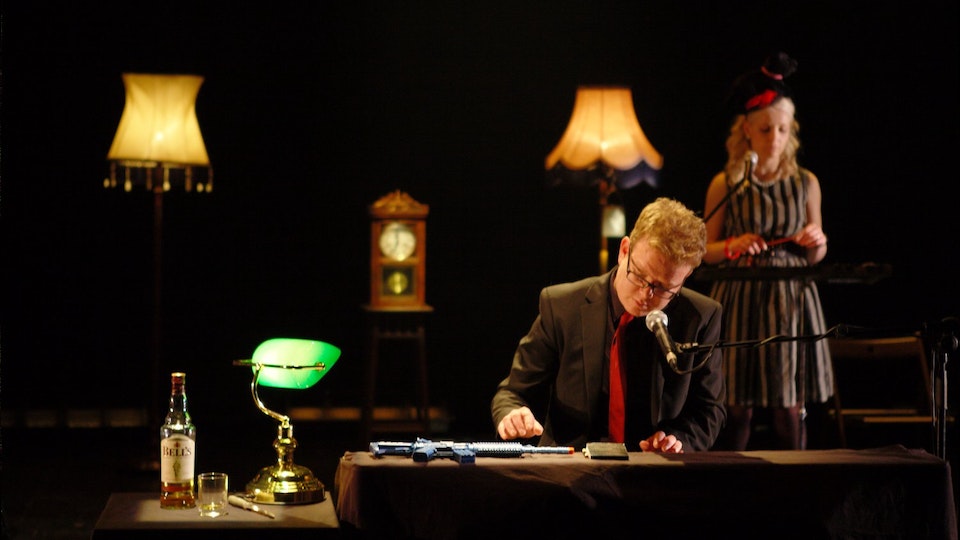 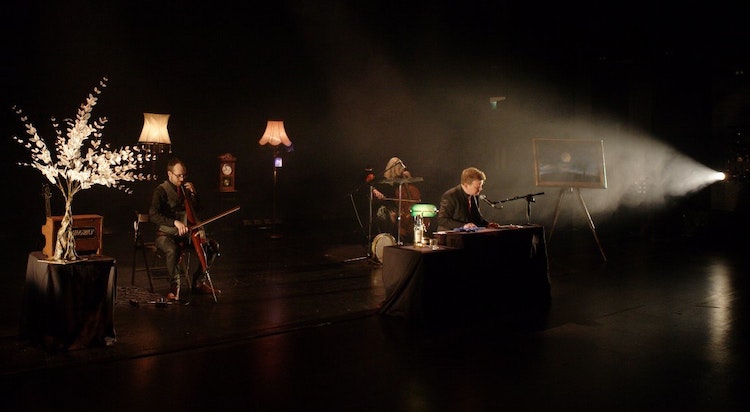 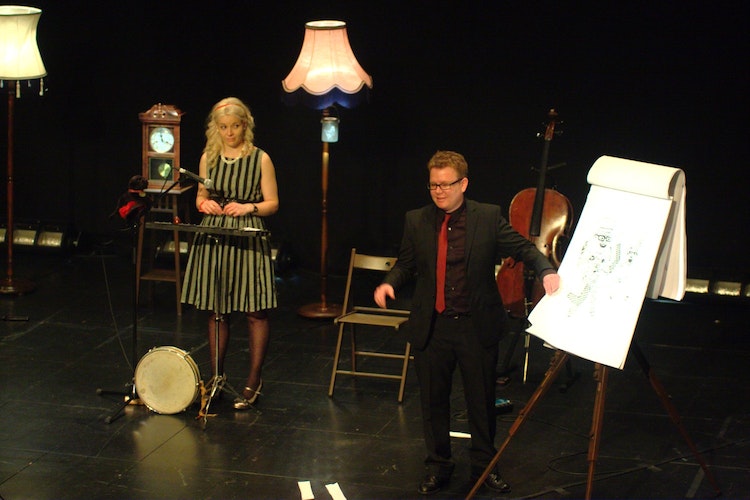 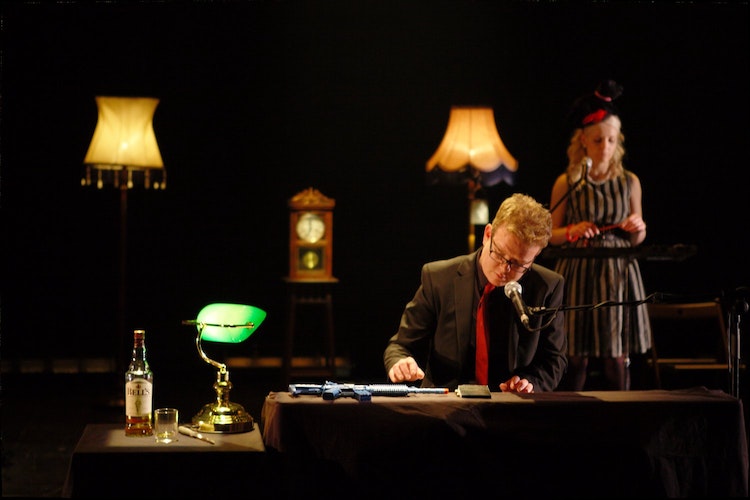 “Moving, charming and devastatingly honest, Good Friday deals with a troubling issue in an approachable and entertaining way. With tunes. And gags.”

In early 2012 I began a collaboration with performer/musician David Parkin, former member of the contemporary theatre company Metro-boulot-dodo. He was writing what he describes as a ‘clinical depression concept album show’ which explores mental health, depression and his road to recovery through music. I was originally brought on board as a cellist along side Leicester based musician Dave Dhonua but my role quickly expanded to include various instruments, vocals and set design.

As a designer its always great to be a real part of the process and be involved right from the beginning, it makes the process of creating a visually striking but highly practical set much more attainable. This show has a unique balance of serious issues and almost slap stick comedy and the set needed to reflect this which proved a lot of fun. The overall aesthetic was an old but classy Jazz club with dimmed lights, dark colours and vintage hints. This classic looked was then distorted and simplified to achieve the minimalist feel of a contemporary theatre piece.