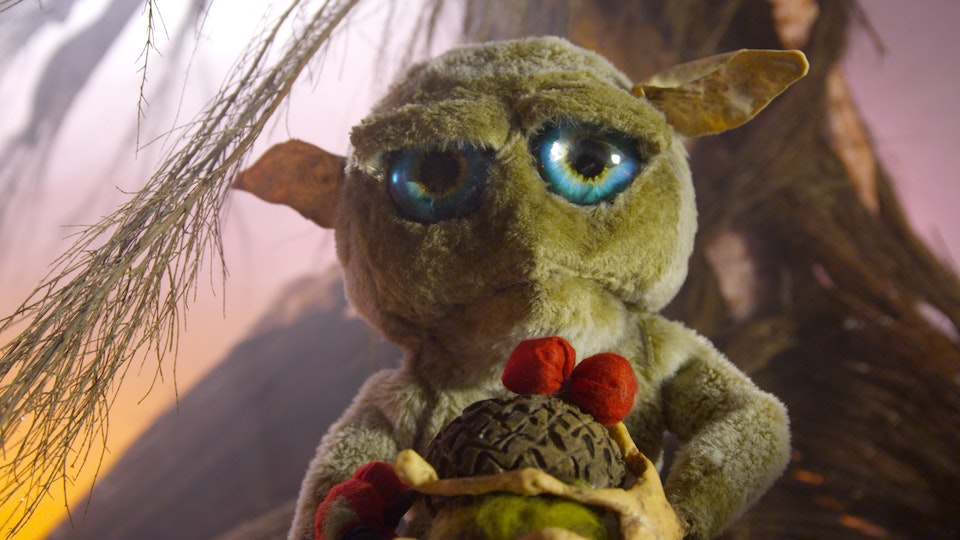 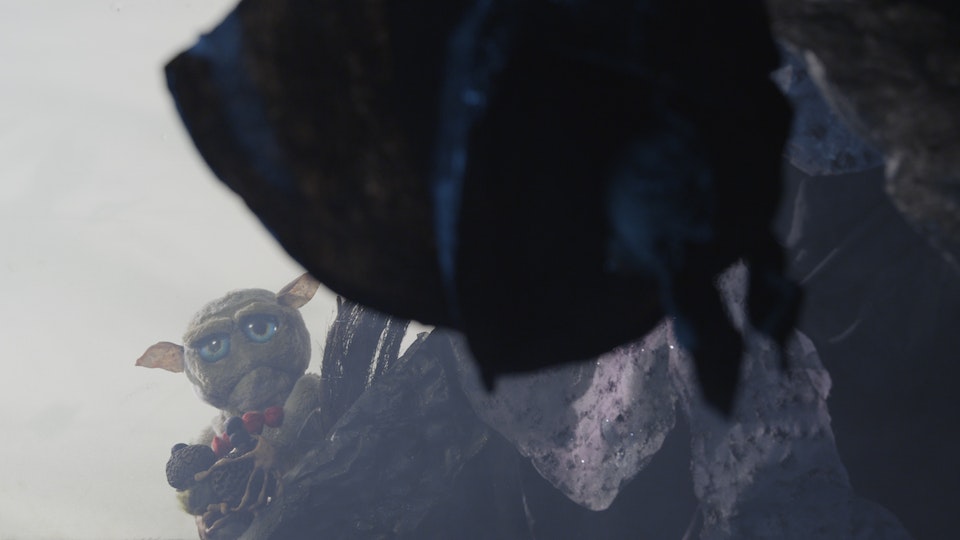 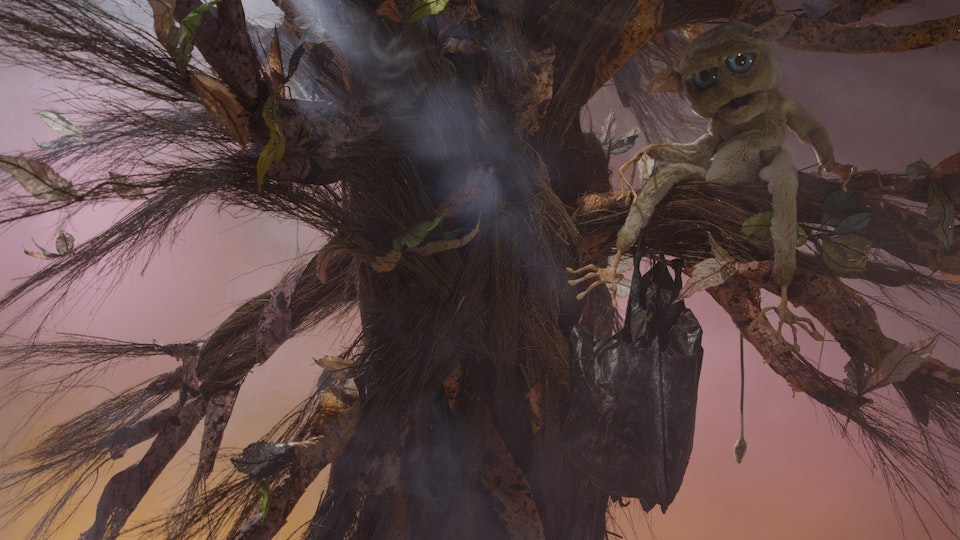 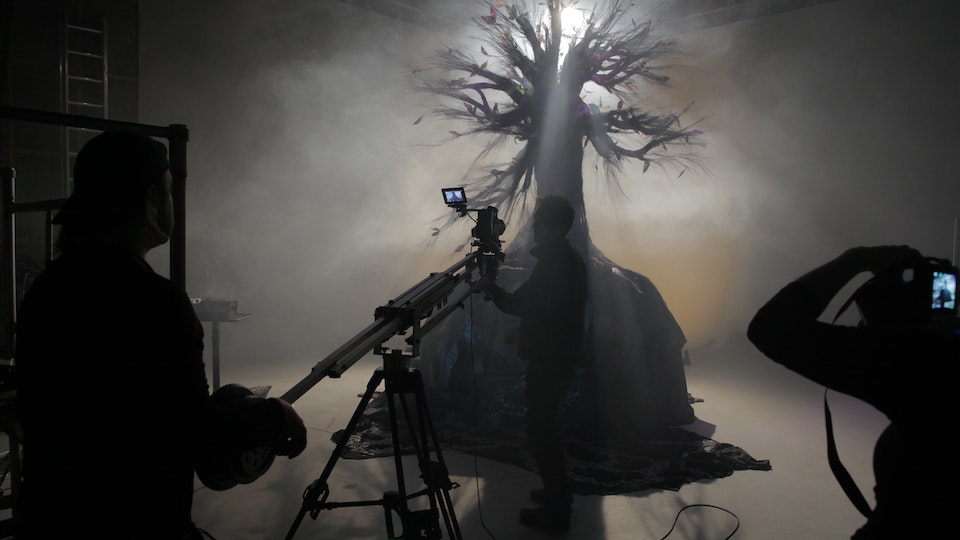 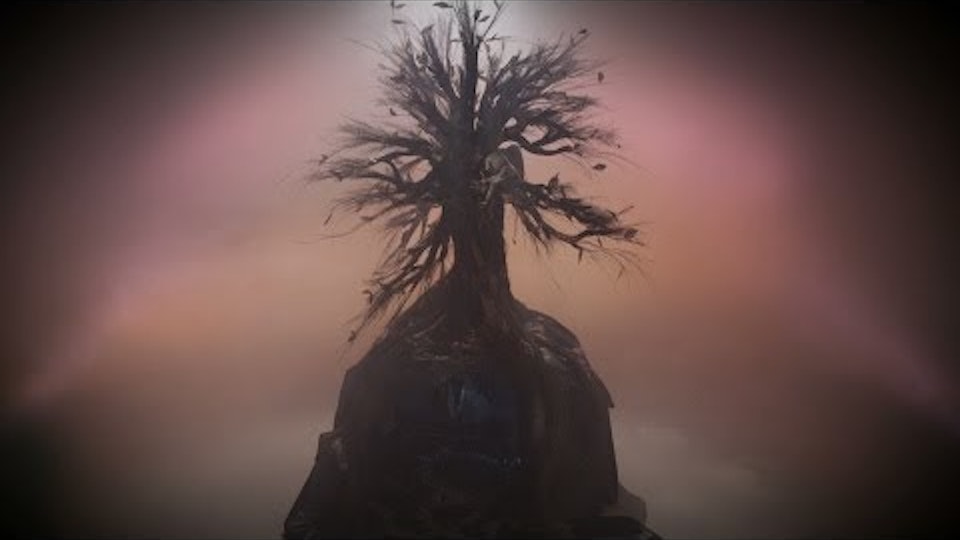 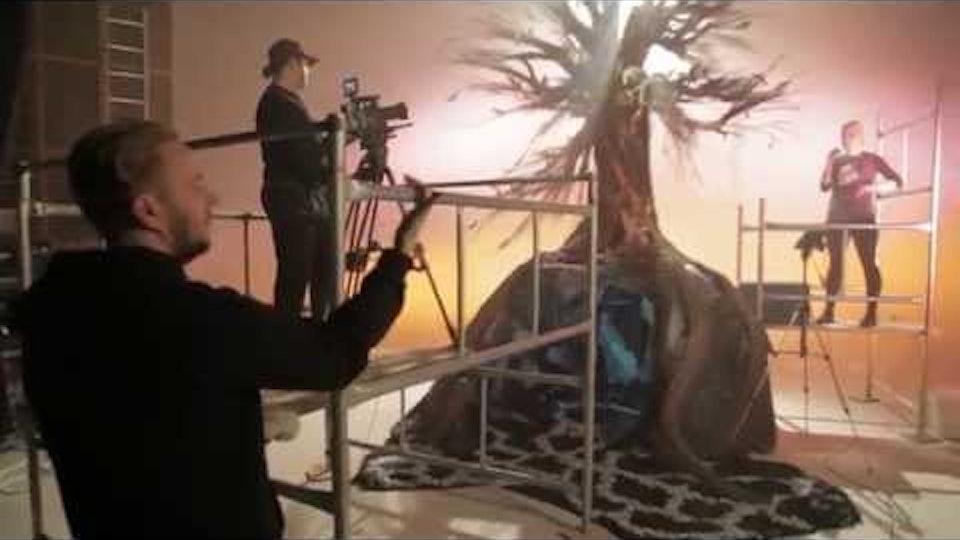 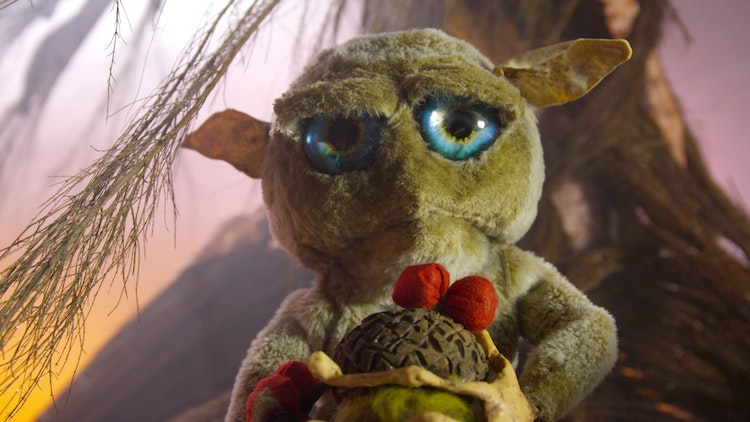 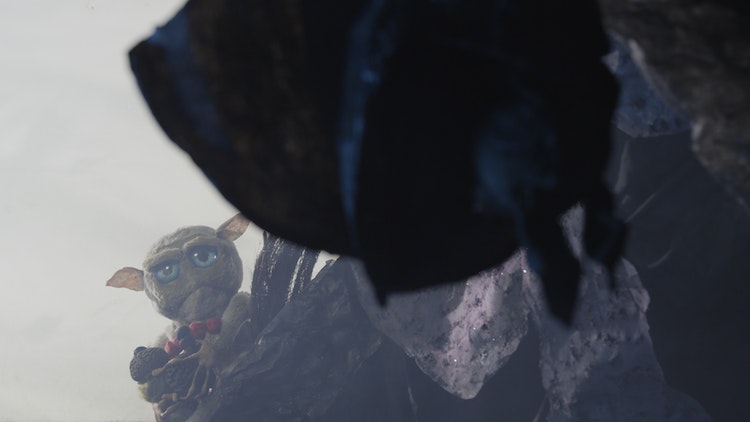 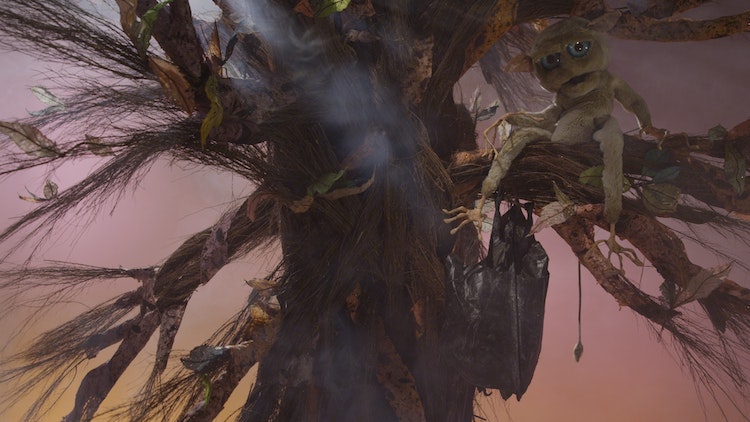 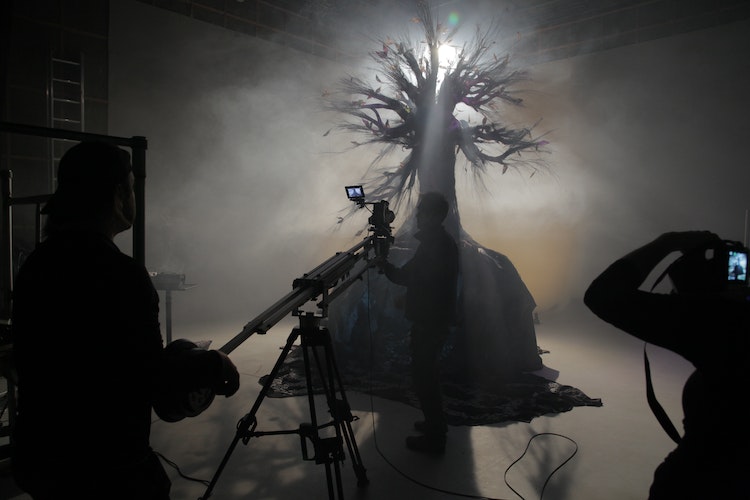 Droplets was a hugely ambitious project for the Polymath Pictures team. The piece all hinged on the design and production of a beautifully sculptural set and the two quirky puppet characters, Tarsier and Bat. As production designer I had the challenge of creating these elements in just two weeks on a tight budget and with a very small art team, but the result was truly something to be proud of!

The Puppets: I designed and produced both puppets. They were constructed using foam and fabric and were manipulated as hand puppets. The Tarsier had moving eyes, mouth and hands. It was important that the hands could be manipulated to grasp hold of things such as the tree and berries. His eyes were the key feature and really stood out on film with a brilliant blue colour. The ears were made of latex and provided fantastic movement to the puppet. The bat was constructed out of foam, leather, latex and wire, he had a moving mouth and flapping wings. Both puppets were designed to be cute but also slightly dark.

The Set: The base of the set was constructed in wood by Mike De Butts of Pirate Technics. It was dressed on location by the art team with a mix of fabrics, brushwood fencing and slate. The bark, leaves and cave rocks were all produced using lutradur which is a spun polyester material. Each piece was carefully washed with inks, stencilled with acrylic, embroidered on the sewing machine and manipulated with a heat gun and soldering iron. This process was highly time consuming but provided fantastic detail, texture and colour to the set.