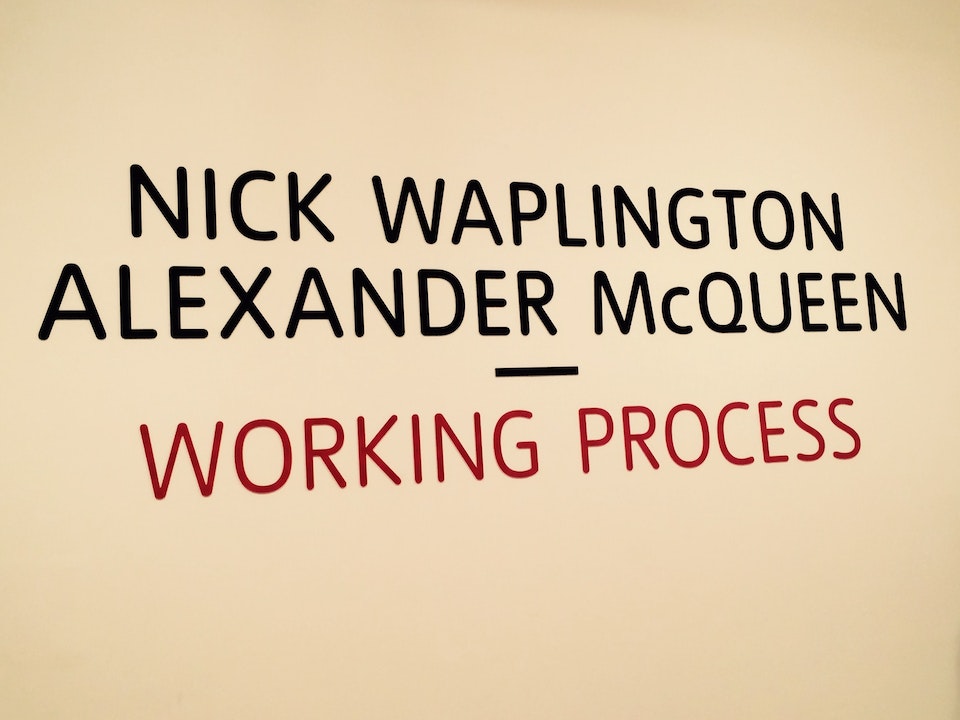 'Raw, bold and thought-provoking, Waplington’s photographs provide a unique insight into one of the most celebrated fashion collections in recent history.' Tate

This exhibition was the result of a collaboration between artist Nick Waplington and the fashion designer Alexander McQueen as he undertook his Autumn/Winter collection, Horn of Plenty in 2009. This would be McQueen's final collection and acted as somewhat of a retrospective, reworking styles, fabrics and silhouettes from his previous work. The exhibition itself provided a rarely seen behind the scenes glimpse of the designers unique working processes.

The theme of the collection centred around ideas including discarded fashion, waste & rubbish, extravagance and of identity. Fabrics often resembled rubbish such as a black bin liner and yet were in fact extremely expensive hand made fabrics from Italy. This contrast and absurdity a clear comment of fashion, beauty and wealth. Walking round I began to see the way the designer played with meaningful ideas and poked fun at the industry he was a key part. He describes the collection in the image below, which clearly demonstrates his desire to provoke and to challenge.

I was particularly interested in the way his models became anonymous, like the walking mannequins they are often referred too. Highly stylised with make up, accessories and costumes they became exaggerated and sometimes quite grotesque figures and yet McQueen always manages to bring an essence of beauty.


Waplington, as the photographer not only documented McQueens process but also fed into the process by recording fascinating images of waste. With extreme precision, close up angles and super high definition the detail in these images was incredible. The layers of colours and textures seen in the compacted rubbish clearly linked and inspired, the layers of crumpled fabrics seen in the collection. 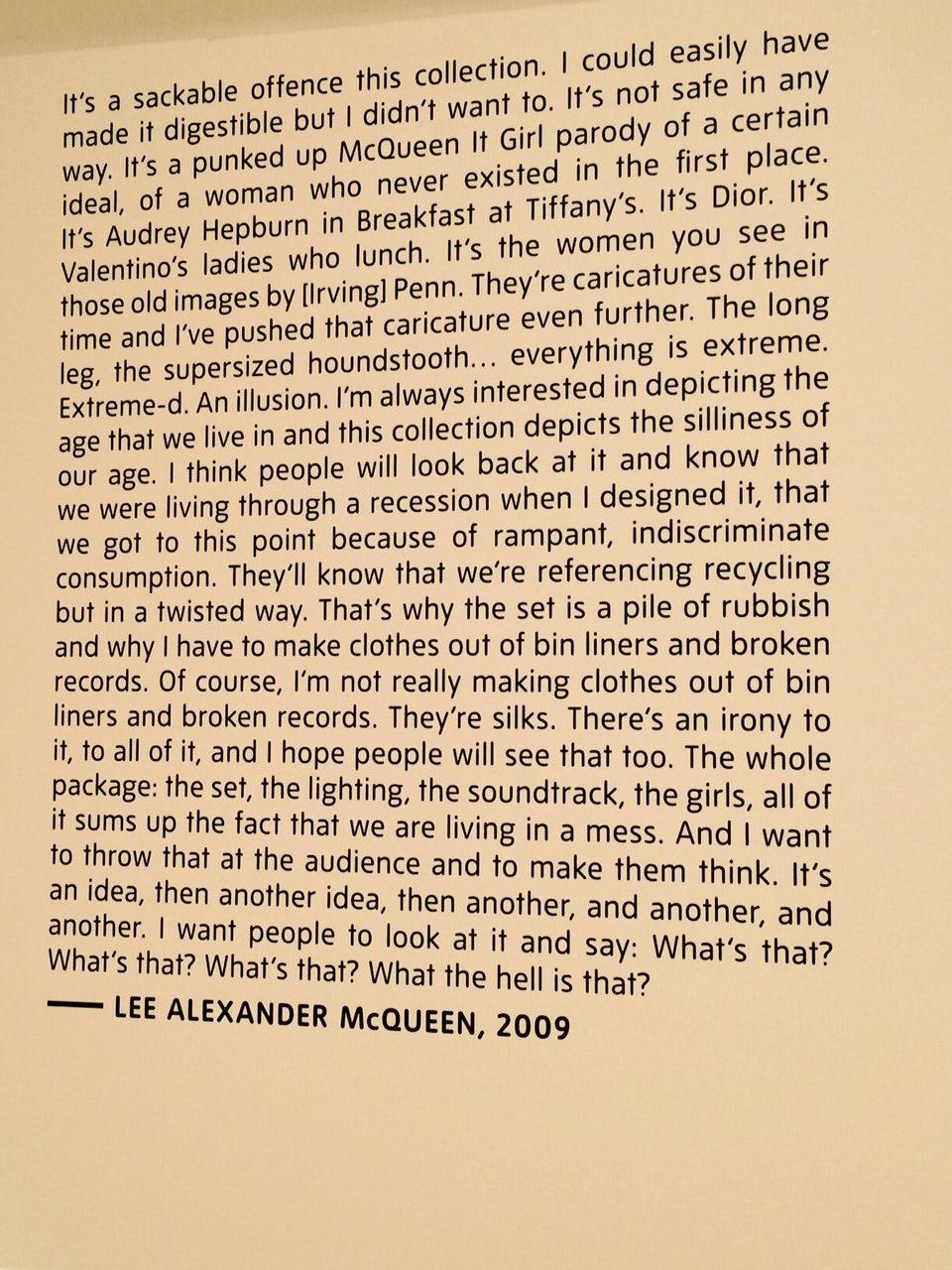